Bread appeared in the Neolithic era and was a baked gruel of water and cereals. It is not known for certain whether it was the result of deliberate experiments or accidental preparations with water and cereals. The descendants of such early bread, which are still being made today, are considered to be Indian chapati, North American cornbread and Scottish oatcakes, Mexican tortilla, Chinese baobin, and Ethiopian injera.

It is believed that the first wheat bread based on yeast dough was baked in Egypt, where favorable climatic conditions contributed to the growth of cereals. In medieval Europe, it was part of the table setting. Food was placed on pieces of stale bread that perfectly absorbed moisture. Thus, bread plates simultaneously performed the function of dishes and served as the basis of food. After the meal, the pieces were eaten or given to the poor or animals. Only in the XV century, this tradition stops when plates for food began to be made of wood.

The separation of loaves based on color is popular. There is white and black or gray bread. There are also more accurate estimates, depending on the type of flour from which the loaves are made. It is divided into different types:

Also, bread can be divided into these categories:

The first person got acquainted with yeast 6 thousand years ago, around this time, due to the forgetfulness of an Egyptian, the unleavened dough turned into yeast. However, it was possible to see these microorganisms only with the advent of a microscope.

Yeasts are unicellular microorganisms, multiply by budding, require nutrition and a certain temperature (they die at a temperature of 140 °F). Of all the varieties of yeast for food, the commonly used ones are for beer and bakery.

The following types of yeast are distinguished in baking:

Baking soda or baking powder is used to make this bread. Non-yeasted bread doesn’t rise as yeast bread and has a denser and thicker structure. For example, bread that does not contain yeast is emergency bread, Irish soda bread, and some types of rustic bread.
Other examples of yeast-free bread are banana and fruit bread, pita, parathas, and rotis.

Sourdough is a semi-finished bakery product consisting of flour, water, yeast Saccharomyces cerevisiae, and lactic acid bacteria. The industrial method of conducting liquid baking starter cultures was first proposed in the early 30s of the XX century. It was found that when pure cultures of yeast and lactic acid bacteria are introduced into the first phase of the breeding cycle of rye sourdough, normal fermentation occurs due to the dominance of the correct microflora, thereby protecting production from accidents. Maintaining a starter culture based on pure yeast cultures is also a long process, including many top dressing and refreshment stages, as in spontaneous starter culture. However, in this case, the baking result is stable.

How to store freshly baked bread? If you have made flatbread or whole loaves of whole-grain bread for sandwiches, then you will need to store them.

In this part of the article, we will tell you to store bread so that it does not get moldy.

To store bread that uses yeast as a baking powder, we recommend the following methods:

We advise you to store yeast bread at room temperature.
There is no need to store bread in a special container; any container or even a plate will do. It’s fine if you have a box for storing bread, but you shouldn’t buy it on purpose.

After the bread has been cut, you can put it in a paper or plastic bag at room temperature. Such packages are sold in any supermarket.

If you have baked loaves with a soft crust, you can pack them in hermetic bags or wrap them in plastic wrap or foil and store them at room temperature.

This method will help you keep the bread fresh for two days, especially if you live in a place with a cool climate. If you live in a warm climate, it is preferable to store bread in the refrigerator or freezer.

Should it be stored in the refrigerator? Yes, but only if it is a short period of time.

In order for your bread not to lose its taste and texture for several weeks, store it in the freezer. Before putting the bread in the freezer, pack it in plastic wrap or foil.

Then put the bread in a Ziploc bag and put it in the freezer.

You can also pre-slice the bread so that you can get how many pieces you need and so that it defrosts faster. We also recommend that you use a defrosting tray to defrost bread faster.

Frozen bread should preferably be consumed within six to eight weeks, as over time it loses its taste and softness.

Yeast-free bread can be stored in a cupboard or pantry. The main thing is that they are unwrapped and stored in tightly closed bread boxes. So you can store them for up to two days without losing softness.

Yeast-free bread will stay fresh and soft longer if you wrap it in plastic wrap or put it in a plastic bag. If you cut your bread into slices, then you should pack each slice separately. Before putting the bread in the freezer, first, place it in the freezer bags.

How to store Freshly Baked bread

In order to store freshly baked bread and not freeze it, you need to do the following steps:

We advise you to cut the loaf in half and slice the bread as needed from the center. Then you can connect the rarefied ends of the bread so that the bread does not lose moisture.

This method will help you store bread and allow it to stay fresh, soft, and delicious. So you can store yeast and yeast-free bread.

We advise you to put the sourdough bread in a cloth bag or wrap it in a kitchen towel. Also, if you want your bread to be nice and moist, you should put it in a cool place to prevent mold.

Such bread cannot be stored in the refrigerator, as it will simply dry out there.

If your bread turns out to be hard or dry after defrosting, you can “revive” it with the oven. Sprinkle a little water on the bread and put it in a preheated oven to 400 F. If you have a small loaf, it will take 30 minutes, and a larger loaf will take 50 minutes.

To refresh your old or stale bread, you can toast it. You can also toast bread with a mixture of butter and herbs and spices.

Stale bread is perfect for French toast. You can also make dried bread crumbs, crackers, or stuffing from such bread.

You can use them for Italian salad, meatloaf, as a thickener for soup. Also, you can always give stale bread to your dog, your pet would be happy to enjoy these treats.

What is the Best Place to Store Bread in the Kitchen?

Breadbox is the best storage option – the most obvious and logical. Indeed, the bread boxes provide everything necessary to keep the bread fresh – both the capacity, the ventilated case, and the convenient lid. The main point is to choose an accessory from the right material since each has its pros and cons. So, it could be:

Depending on the method of storage, sourdough bread can last from 4-5 days up to 8 weeks.

How Long Does Homemade Bread Stay Good for?

In a breadbox, it will stay fresh for 3-4 days. If you put it in the fridge bread will last for a week.

How to Slice Homemade Bread to Prevent Tearing or Breaking?

You should use a bread knife, and let the bread cool before slicing.

What is the Best Place to Store Homemade Bread to Prevent Drying?

Keep the bread in a breadbox (unwrapped). Putting your bread in a fridge will help it last for more than five days.

How Do I Store Homemade Bread Without Plastic?

You can keep the bread in a cloth bag or tea towel. 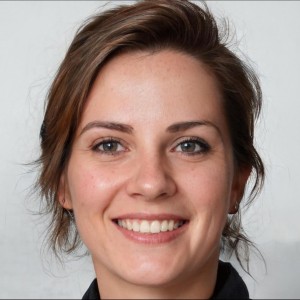